← more from
Mello Music Group
Get fresh music recommendations delivered to your inbox every Friday.
We've updated our Terms of Use. You can review the changes here.

from Milestones by Skyzoo 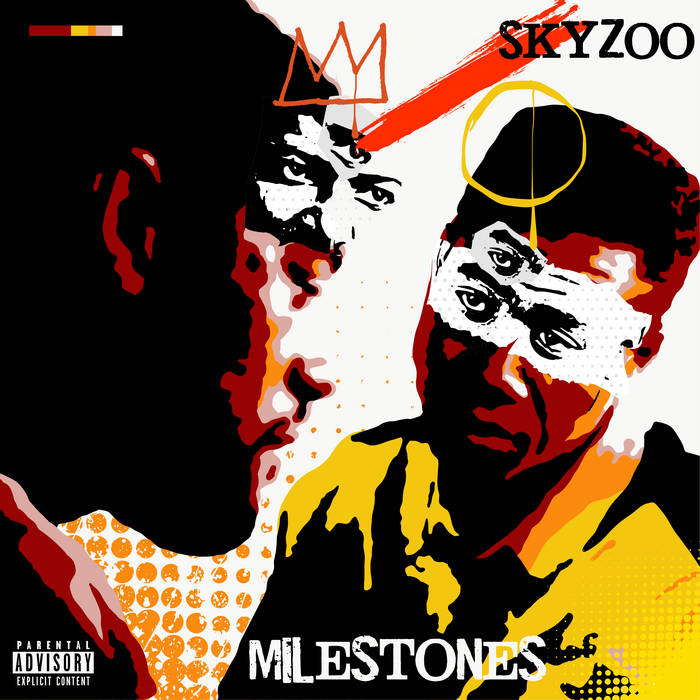 Verse 1:
My man used to sling to his mother,
took a couple dollars off so she ain’t think he don’t love her,
I said “damn son your pops don’t care?”, he said “son I don’t know,
my father been in and outta Rikers since I was 9 years old”,
He passed me the ‘L and then continued to bag snow,
I pictured myself in his shoes and took a drag slow,
his mother came in the room with seven singles,
he gave her a bag of stones, her face said heaven sent you,
I was 14, known as a mixture of straight scheming and debate teaming,
a tug of war to break me even, I was weaving through what was intended and what was a given,
where it’s easy to jump in the rhythm and fuck with the vision,
Been forever since we kicked it, last thing I heard is he was bidding,
they got him infinity number dripping,
the juxtaposition of what the allure be,
they placed him with his pops so now gets to tell his father the story

Verse 2:
I was 10 when I moved from Crown Heights to the Stuy,
took me from Ebbets Field to up the block from B.I.,
my mother said “yo you’ve hit an age where you’re ‘bout to feel a change,
and as a woman there’s only so much I can demonstrate”,
At first I ain’t get it, young and innocent, blind fold the differences,
penning and dribbling over 10/10 skinnies and bigger reluctance,
my father was always around but at 10 it adjusted,
and all the layers that it comes with,
Like a man can’t teach a girl how to be a woman,
and a woman can’t teach a boy how to be a man,
so like Tre and them, my dad made the call to moms,
she said “you wanted him you got him” and my corner evolved,
So when a block party’s jumping,
and my friends moms pulled me aside like “talk to him, maybe your aura can touch him”,
I get it, but really though I’m just funneling this tradition down,
from back when I turned 10 to the shit I give you now

Verse 3:
I know a girl who I told this all to,
homey of mine, heard it and felt it was all true,
told me her only problem is that if she can’t find him
then how can she realign him with her son like fuck is she ‘sposed what to do?,
I told her what you do, is show him what you’re down for,
keep wearing the pants and never let him take his crown off,
never let him become the mu’fucker he came from,
don’t let that define him, there’s still time to save son, but otherwise…

Bandcamp Daily  your guide to the world of Bandcamp